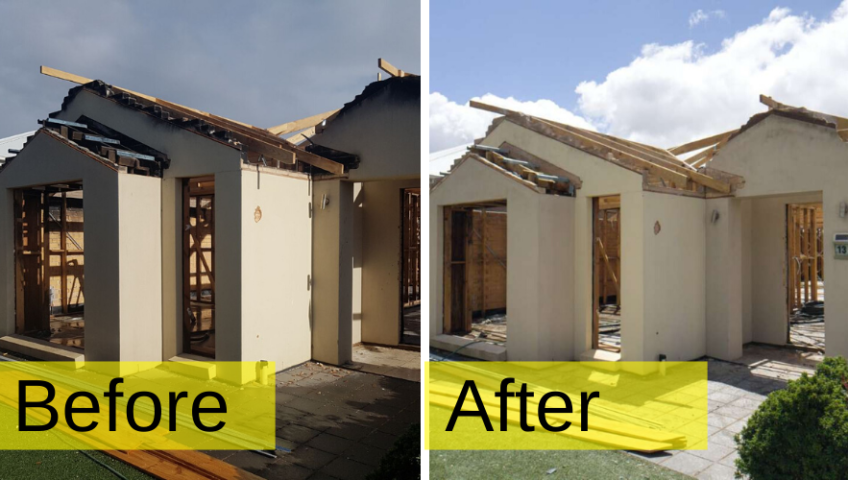 At Australian Enviroblast, we use the Quill Falcon Cyclone Dustless Blasting System, highly effective and versatile wet blasting equipment that is suitable for a wide range of applications. In particular, Quill Falcon blasting machines are ideal for soda blasting to remediate black smoke damage to all types of structures.

AEB uses soda blasting across Adelaide in residential, industrial and business premises to repair the harm caused by fire and resulting soot and black smoke damage.

Why soda blasting is so effective at smoke damage removal

Sodablasting is an effective process for cleaning up black smoke damage because it is one of the mildest forms of wet abrasive blasting. Sodium bicarbonate (also referred to as baking soda or bicarbonate of soda) is used as the blast media, rather than harder, more abrasive materials, and so the overall effect is more gentle. A lower blasting pressure may also be used for soda blasting than in other forms of sandblasting or wet abrasive blasting.

The process involves soda particles encased in water being blasted at the surface to be cleaned, and the combination of the water pressure and the sodium bicarbonate blast media removes the soot and other contaminants left behind by fire, while not impacting on the underlying substrate. This is because sodium bicarbonate is soft and crumbles easily, so is able to blast away contamination without causing damage to the surface underneath.

Sodium bicarbonate is also the ideal media for use in clearing the damage caused by black smoke because it deodorises as well as cleans, producing a healthy, fresh environment once cleaning is complete. This means that it is not only surfaces that benefit from soda blasting, but the whole building, as the pungent aroma caused by smoke is largely neutralised.

Soda blasting works so well in soot remediation because its properties mean that it can be used on a wide variety of building materials, making it suitable for cleaning almost any type of structure. Sodablasting can be used, for instance, on brickwork, stone, concrete, timber frames and beams, wooden floors, walls, doors, stairs, bannisters, window frames, or any part of a structure’s fabric inside or out that has been contaminated by soot and smoke residue.

A further advantage to using soda blasting rather than sandblasting is that sodium bicarbonate is biodegradable and does not produce fumes or excessive waste, making the entire process much more environmentally friendly, especially when used in conjunction with Quill Falcon portable dustless blasting equipment.

Using soda blasting in other applications

However, cleaning away black smoke damage is not the only application for which soda blasting is such an effective process, and it can be used on almost any surface where more delicate blasting is required.

It is also a highly effective tool for the removal of corrosion, surface residue, oil and grease, as well as cleaning away mould and remediating water damage caused to either the interior or exterior of a building. 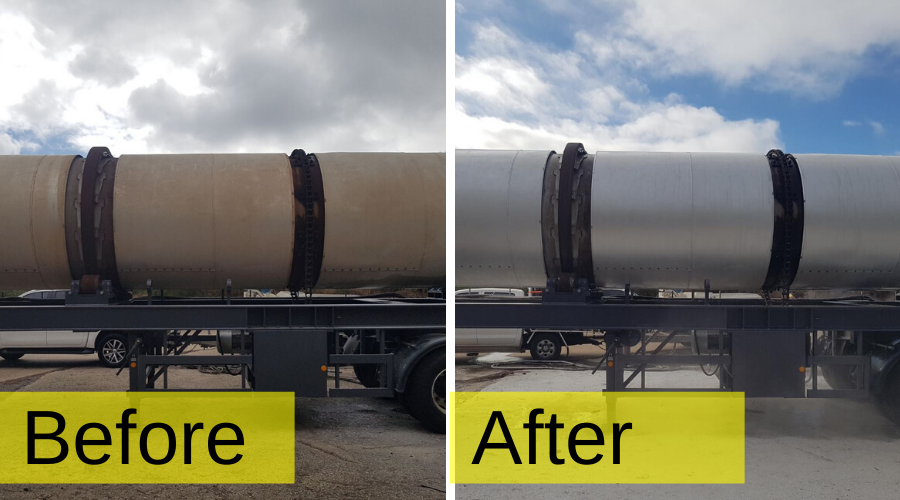 Australian Enviroblast specialises in using soda blasting to remove damage caused by black smoke and soot across Adelaide and South Australia. Using Quill Falcon mobile soda blasters means that we can work on almost any site, even in difficult to reach or remote locations, while our vast experience in the field ensures that the job will always be done right.

Contact Mark Chiappin on 0458 455 668, email us, or call into our blast workshop in Wingfield to find out more about our complete range of sodablasting services.