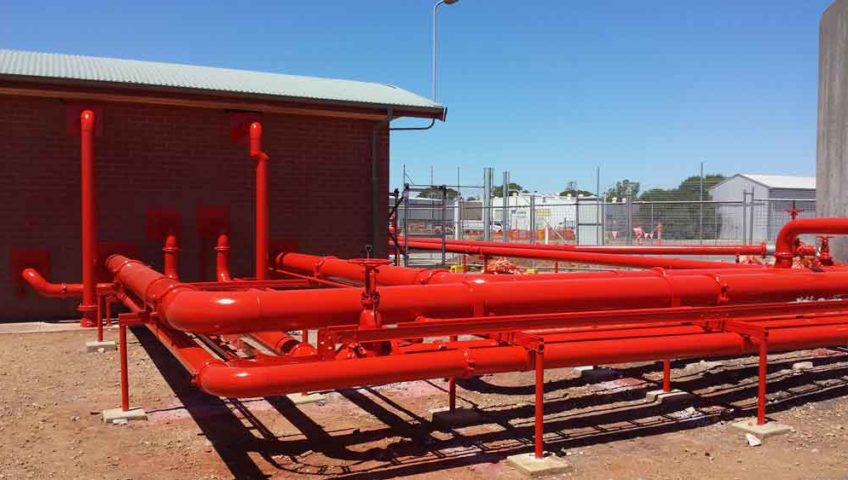 The structural integrity and operating efficiency of pipework and pipelines that transport critical materials such as water, oil, gas, chemicals and petroleum products is central both to public safety and to the economy.

However, this sort of vital infrastructure, as used in mining, agriculture, manufacturing, water treatment and shipping, is highly susceptible to corrosion and other forms of degradation that reduce capacity and cause structural damage.

Therefore, protecting vital pipe infrastructure against rust and corrosion across all types of industries is essential.

How does corrosion affect pipelines?

Corrosion can attack pipes made from a variety of materials, including cast iron, alloy steel, stainless steel, carbon steel, copper and aluminium. It occurs when an electrolyte i.e., a chemical compound that conducts electricity, produces an electrochemical reaction — in the case of pipework, this is most commonly the transfer of electrons between the material being transported and the pipe itself, which leads to oxidation and, in turn, rust and corrosion. Ultimately, this will result in a loss of structural integrity.

A number of factors can contribute to the corrosion of pipes and pipework, such as the temperature, pressure or flow rate of the fluids and gases being transported, as well as the oxygen content and reactivity of these materials. Pipework construction can also be a contributing factor. All of these elements will also have an impact on the rate and extent to which corrosion occurs.

Corrosion in pipes can take several forms: it can be universal, where there is a consistent degree of degradation, such as wall loss or thinning, along the entire pipe; or it can manifest as pitting corrosion, where the deterioration is present in limited areas, creating cavities or pits in the pipe surface that can lead to it rupturing or bursting. Crevice corrosion can also occur in pipework, as can galvanic corrosion, which is particularly prevalent where two different metals meet.

In order to protect against all types of corrosion, it is essential that an appropriate and effective protective coating is applied to any pipework carrying materials that create an electrochemical reaction. However, pipeline protective coatings are only as good as the surface preparation that goes before it. 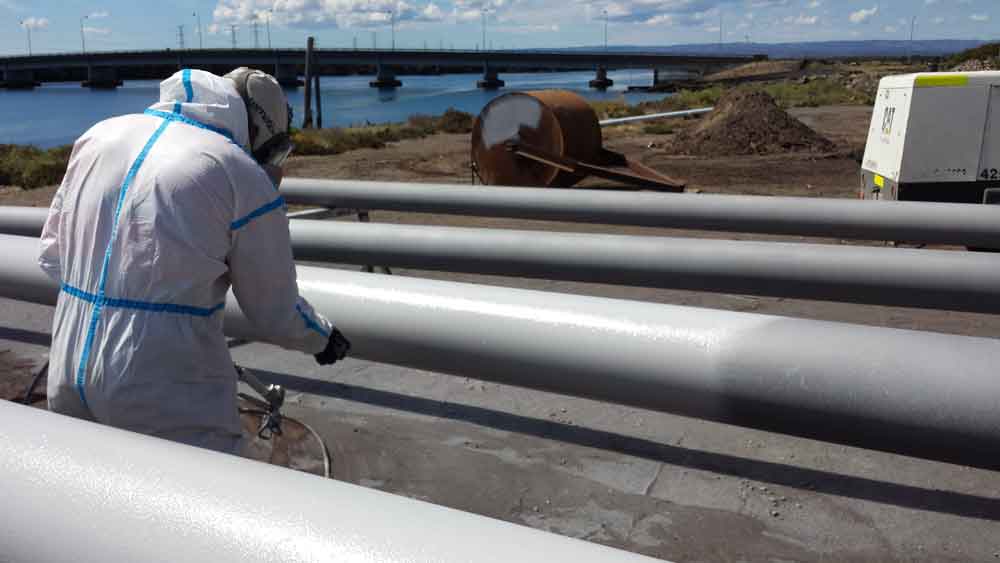 Why do protective coatings on pipes fail?

One of the most common causes of pipe corrosion is the failure of the protective coating, which in turn can be the result of the surface being insufficiently prepared prior to the coating being applied.

For a protective coating to be effective and long lasting, it needs to be able to adhere consistently well to the entire surface of the substrate. In order for this happen, the surface needs to be both free of contaminants and profiled in such a way that maximum adherence is possible.

When a surface is not sufficiently well prepared, it will often be because the substrate has not been cleared of rust and scale, or that flash rusting has occurred during the preparation process. Flash rust is caused by salt deposits on the surface of newly-blasted metal which, when mixed with water, cause corrosion cells to form. This can also be an issue in humid environments.

Wet abrasive blasting is the most effective and efficient way of cleaning and preparing a substrate, and then achieving the appropriate profile, prior to a protective coating being applied to pipework.

Firstly, flash rusting does not present the same risks when wet blasting as when conventional dry blasting methods are used. This is because the blast media in wet abrasive blasting is encased in water, and as a result soluble salt (the primary cause of flash rust) is not left behind on the blasted surface, as the high pressure water washes it away during the blasting process.

Secondly, surface contaminants such as oil and grease are not driven into the surface during blasting, nor does the blast media become embedded when using wet blasting (sometimes also known as vapour blasting or slurry blasting). This is the because the water surrounding the media produces a cushioning effect, and so no debris is left behind either on or in the pipework surface.

Similarly, there is little dust produced by wet abrasive blasting, and so there is less chance of this contaminating a substrate prior to coating.

Crucially, wet blasting is also used to profile pipes, not simply clean them. This means that it produces a surface that is not perfectly smooth, but rather one covered in minute peaks and valleys (known as anchor points). The total surface area of the substrate is effectively being increased, and the process of filling these valleys and covering the peaks produces a more consistent, better adhering coating.

Therefore, the thorough preparation of pipes and tubes using wet sandblasting will go a long way to ensuing ongoing pipe integrity, as this gives the protective coating the best possible opportunity to do its job going forward.

At AEB, we specialise in wet blasting pipework across a range of industries, including maritime and shipping, manufacturing, wastewater and sewage, mining and agriculture.

To find out more about our range of Adelaide wet abrasive blasting services, call Mark Chiappin at Australian Enviroblast on 0458 455 668, email us, or call in and see us at our blast workshop in Wingfield.